JTA – Eighty years ago, a ravine north of what is now Ukraine’s capital turned into a bloodbath when the Nazis, aided by local collaborators, shot dead tens of thousands of Jews.

For two days at the end of September 1941, Ukrainian collaborators brought more than 33,000 Jews to the hills of the Babi Yar ravine of Kiev, where soldiers of Adolf Hitler’s army executed group after group of defenseless victims – children, as well as women and men of all ages.

The victims were shot with machine guns in pits. After none were left standing, the perpetrators jumped into the pit with their victims to finish off the dying and those claiming to be dead. Then the bodies were buried and a new group of victims were brought to the top of the thin, cool layer of earth covering their brothers.

The 80th anniversary of the massacre, the first mass shooting in what is now known as the “Holocaust of bullets,” sparks a wave of commemorations, including a ceremony in Israel in honor of a survivor and a commemorative coin in Ukraine, where Nazi collaborators are increasingly celebrated alongside their victims.

It also reinvigorates a German attorney’s mission to bring to justice a man he believes may be the last living Babi Yar author, a 99-year-old German named Herbert Waller.

By registering, you accept the conditions

For Hans Brehm and his partners, the attempt to indict Waller is a symbolic last-resort effort to correct decades of what they see as inaction by German authorities against nearly everyone responsible for the biggest Jewish pogrom in all. the Holocaust. Out of around 700 participants, only 10 have ever been convicted of a crime.

Last week, Brehm traveled to Kiev to speak with relatives of the victims of the Babi Yar victims. Indeed, under German law, parties affected by major crimes can initiate criminal proceedings against defendants even if prosecutors decide not to indict.

“I want the man to be brought before a judge,” Brehm told Der Spiegel this week. He is aware that the court is unlikely to punish such an elderly defendant, he said. Brehm said he only wanted to see Waller charged, and if found guilty, sentenced.

Waller’s name in 2014 was first reported to the German Central Office of Public Administrations of Justice for the Investigation of National Socialist Crimes, in a list of 80 names given to them by Efraim Zuroff, the famous “Nazi hunter” from the Simon Wiesenthal Center. The men were members of the Einsatzgruppen: German army death squads that, between 1941 and 1943, slaughtered more than 2 million Jews in Eastern Europe. 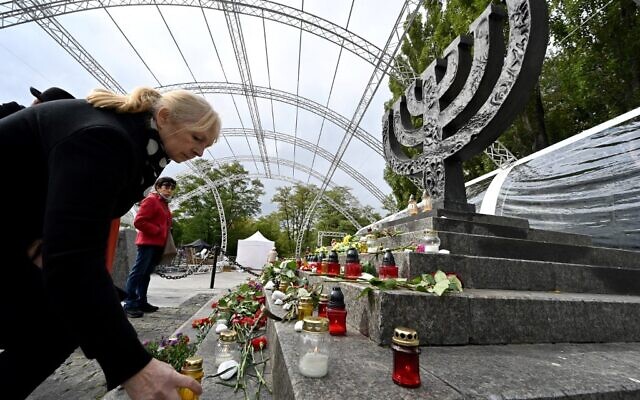 People light candles at the Minora memorial in Kiev on September 29, 2021, on the 80th anniversary of the Babi Yar massacre, one of the biggest massacres of Jews in WWII (Sergei SUPINSKY / AFP)

In 2017, the office began investigating Waller but dropped the case after finding out that he was stationed in Babi Yar as a doctor and therefore could not be proven to have actively participated. to murders.

Brehm, 73, doesn’t buy the argument, he told Der Spiegel. “Why do you need paramedics in a massacre?” ” he said.

Zuroff told the Jewish Telegraph Agency that he shares this skepticism. The Einsatzgruppen functioned like any military unit, with members collectively participating in all missions.

Almost all of the perpetrators of the Babi Yar massacre – historian Franziska Davies estimates there were around 700 men involved – have escaped justice. 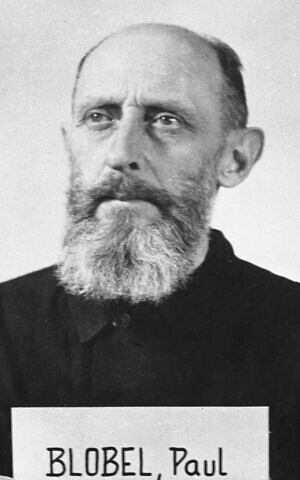 Paul Blobel, SS-Standartenf? Hrer is shown during the Einsatzgruppen trial, October 1947. He is primarily responsible for the Babi Yar massacre in Kiev. (AP Photo)

At the Nuremberg trials in the 1940s, a Nazi, Paul Blobel, was sentenced to death and executed for crimes in Babi Yar, among other places. Two others were sentenced to prison terms. A 1968 trial ended with prison terms of 4 to 15 years for seven defendants; three men were acquitted in these trials, the last of all Babi Yar perpetrators.

In his experience, Babi Yar, also known as Babyn Yar, means nothing to Germans today, regardless of their age. “When I ask people if they know about it, they ask me if it is the name of a city in Mongolia,” he told Der Spiegel.

In Ukraine, Babi Yar is also relatively obscure, in part due to decades of refusal by Communist authorities to commemorate him. It was part of a larger policy that downplayed the suffering of Jews during the Holocaust, co-opting it into the Soviet narrative of patriotic sacrifice in a fight against Nazism.

To correct this mistake, philanthropists, activists and Ukrainian authorities are establishing a new museum and memorial center on the site, the Babi Yar Holocaust Memorial Center. Various initiatives to commemorate the victims of Babi Yar have not been successful before, and for decades the only reminder of the tragedy were a few neglected small monuments in areas where packs of stray dogs roamed by day and drunks congregated in the city. night.

The central bank of Ukraine has issued a commemorative coin for the 80th anniversary, the first time that such an initiative has taken place in Ukraine. 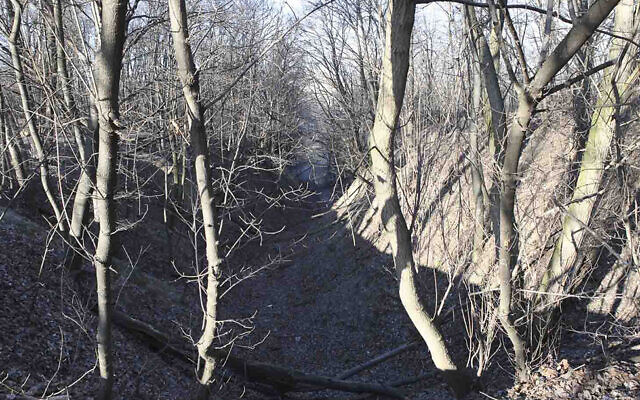 The Babi Yar extermination site in Kiev, Ukraine is made up of dozens of ravines and ditches where Nazi forces and their allies killed tens of thousands of Jews and non-Jews in September 1941. (Credit: Babyn Yar Holocaust Memorial Center via JTA)

In Israel, the Knesset met last week to mark the anniversary; Knesset Speaker Mickey Levy presented a medal to Michael Sidko, one of the last known survivors of the murders there. He was 6 years old at the time. He recalled in a video produced for the anniversary how a Ukrainian collaborator beat his sister to death in front of his mother, who was holding her 4-month-old brother. Her mother collapsed and the collaborator also killed the baby. “I remember everything. Down to the smallest detail. But I don’t want to remember. It’s too painful,” he said.

On October 6, the Ukrainian government will hold a commemorative ceremony and event at Babi Yar, in the presence of Ukrainian President Volodymyr Zelenskyy, who is Jewish, as well as President Isaac Herzog and German President Frank-Walter Steinmeier.

Yet amid growing awareness in Ukraine of Babi Yar, the country is also witnessing a wave of celebrations of the actions of local collaborators who facilitated and sometimes participated in the Nazi-led killings.

Several streets have been named in recent years in Ukraine for Roman Shukhevych. His troops are said to have killed thousands of Jews. He and another Ukrainian nationalist, Stepan Bandera, are among the men celebrated today as heroes for teaming up with Nazi Germany against the Soviet Union in World War II. 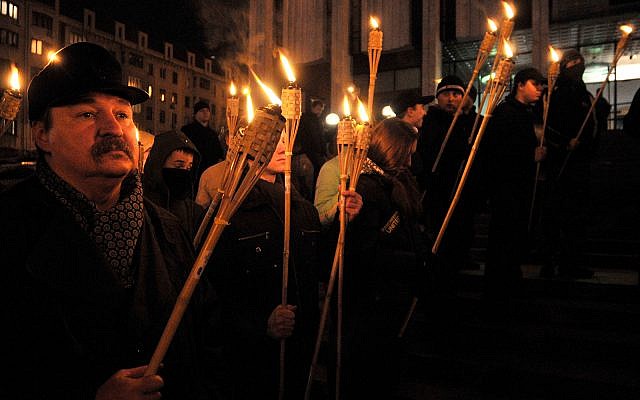 Ukrainians hold lit torches as they gather in Kiev, Ukraine on March 5, 2010, to mark the 60th anniversary of the death of Roman Shukhevych, a Ukrainian politician, military leader and Nazi collaborator. (AP Photo / Sergei Chuzavkov)

In Kiev, the city authorities have announced their intention to install signs commemorating the wartime mayor of Kiev, Vladimir Bagaziy, victim of the Babi Yar murders.

Bagaziy was killed there, along with tens of thousands of other non-Jews, but months after the massacre of local Jews and only after initially collaborating with the Nazi occupation. According to some accounts, Bagaziy was seen observing the killing of Jews in Babi Yar while still an ally of the Nazis. The intention to pay homage to him about Babi Yar sparked protests from the Ukrainian Jewish Committee, one of several groups representing the interests of Ukrainian Jews.

Zelensky has made clear his aversion to worshiping people like Bandera, but he has not banned or intervened against her – actions that would likely not help her plummeting popularity or her plans for reform. economic.

“Ultimately, the Ukrainians will have to choose their position on this point,” said Zuroff. “I believe they will make the right choice.