No one deserves to be a victim of domestic violence.

NEAR ISLE, Maine – No one deserves to be a victim of domestic violence.

That was the message that a group of more than 20 advocates, volunteers and community members hoped to spread across Star City on Wednesday during Project Hope and Justice’s annual walk in Presque Isle.

Ahead of the group’s march, Hope and Justice staff Mariya Pelletier and Stephen Thibbert read stories from an anonymous survivor of family violence as well as a poem on the importance of men not being witnesses violence.

Thibbert, prevention educator for Hope and Justice, said that after canceling last year’s walk due to COVID-19, the organization wanted to make sure it had a way to raise awareness in person about the domestic violence this year.

“An event like this helps people come together and discuss the impact of domestic violence on our community,” Thibbert said.

The march began outside the Mark and Emily Turner Memorial Library before leading participants through Academy and Main Streets and Church Street. After returning to the library, Pelletier read a testimony from another anonymous survivor, who encouraged people in similar circumstances to seek help.

As part of their month-long ‘A Little Piece of My Art’ campaign, Hope and Justice invited participants to view artwork created by survivors and local children in the storytelling room and section for teens in the library.

A colorful panel collage created by survivors featured messages such as “I am strong” and “Out of the Dark,” highlighting the hope they felt after leaving an abusive relationship and asking for help. .

“We hope the art not only heals survivors, but helps community members understand what they went through,” said Tammy Albert, director of prevention, education and training for Hope and Justice.

Outside the library, chairs draped in white sheets featured paper bags with the names of the 10 people in Maine who have died in homicides this year, eight of which were the result of domestic violence. Hope and Justice staff read poems and messages dedicated to each of these victims, many of whom were children.

While no homicides have occurred in Aroostook County in 2021, advocates for Hope and Justice want the community to know that resources are available to try to prevent such tragedies from happening.

“Even if one person finds out about our services, it could be of tremendous benefit to someone else,” Thibbert said. 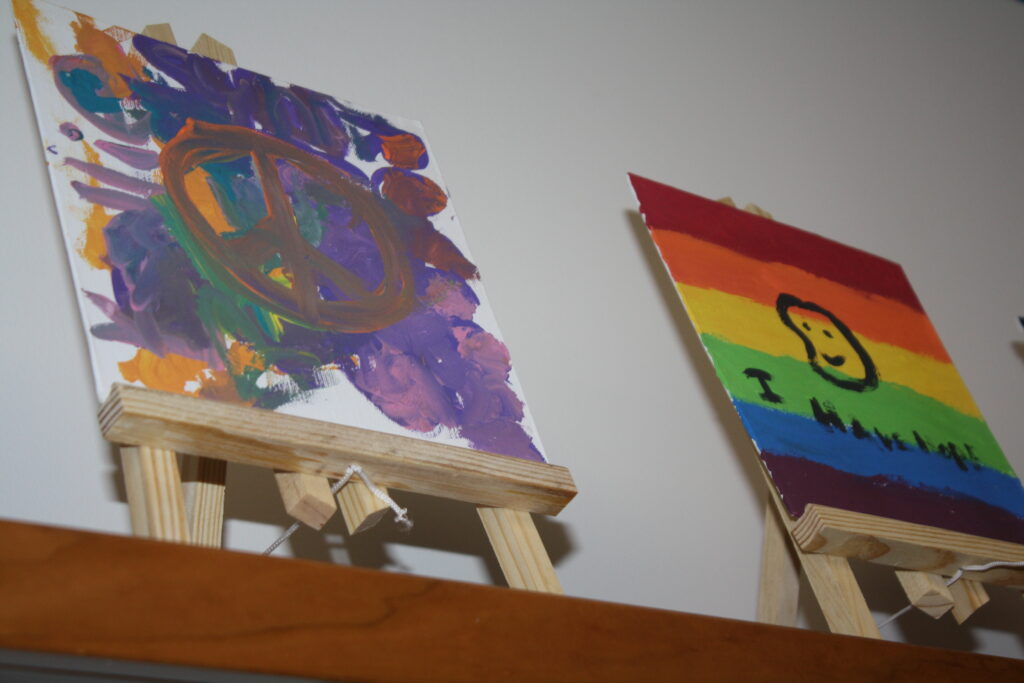 PRESQUE ISLE, Maine – October 20, 2021 – Children’s artwork is on display at the Mark and Emily Turner Memorial Library as part of Project Hope and Justice’s “A Little Piece of My Art” campaign. (Melissa Lizotte | The Herald of the Stars) 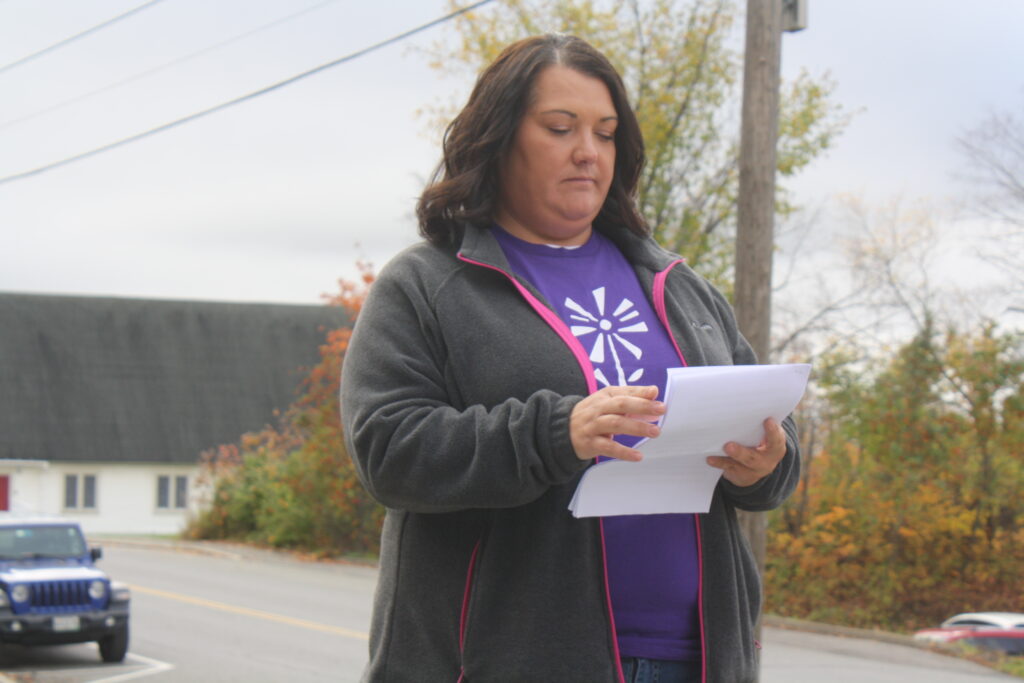 PRESQUE ISLE, Maine – October 20, 2021 – Mariya Pelletier, domestic violence advocate for Project Hope and Justice, reads the story of an anonymous survivor during Walk It Up Presque Isle. (Melissa Lizotte | The Herald of the Stars) 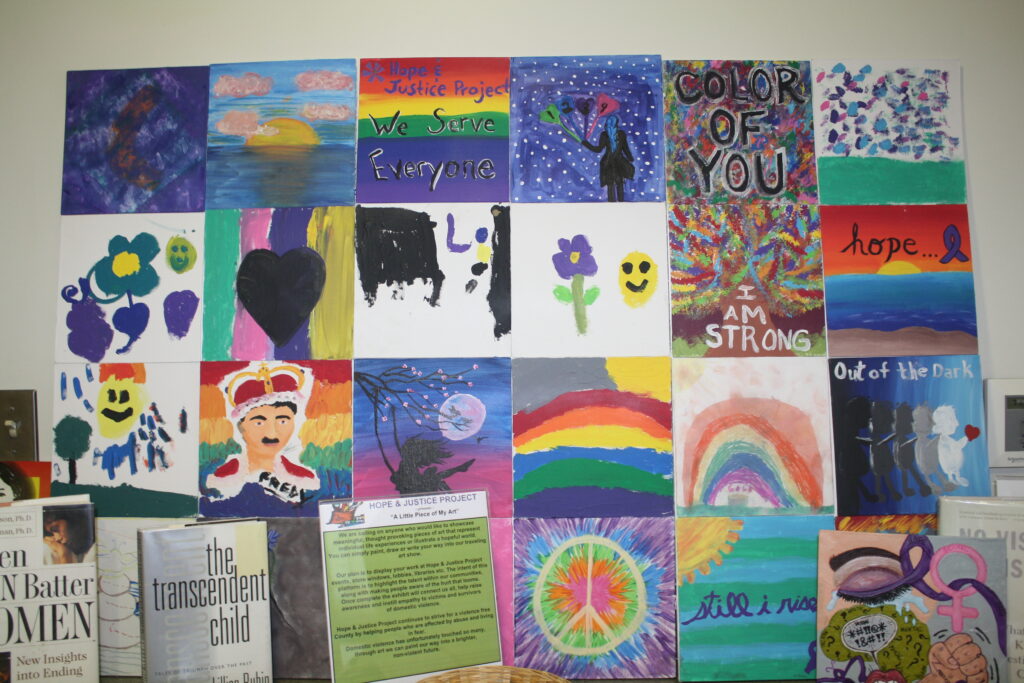 PRESQUE ISLE, Maine – October 20, 2021 – Artwork by survivors of domestic violence is on display at the Mark and Emily Turner Memorial Library during Domestic Violence Awareness Month. (Melissa Lizotte | Herald of the Stars) 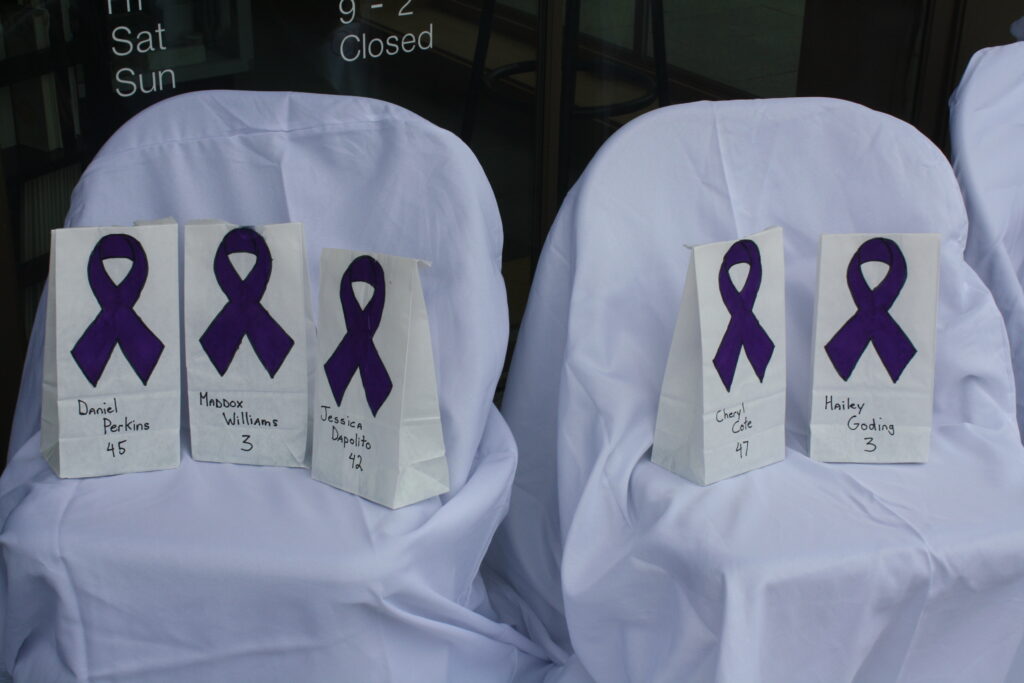 PRESQUE ISLE, Maine – October 20, 2021 – The Hope and Justice Project honored the people of Maine who lost their lives in domestic violence homicides during its annual Walk It Up Presque Isle events. (Melissa Lizotte | Herald of the Stars)