Earl “Dusty” Trimmer has announced the launch of his new website for his fourth book Unbreakable Hearts II.

Earl “Dusty” Trimmer, Vietnam War veteran and author of three books, has released his new website for his upcoming book, Unbreakable Hearts II. Dusty Trimmer says he wants America to make sure the Vietnam War generation and their accomplishments won’t be erased from the memories of Americans today.

The fourth book, Unbreakable Hearts II is ready to purchase from the website. Buyers can click on the URL and go to the “About the book” section. From there they will be directed to Amazon or Barnes & Noble. Those looking for autographed copies can purchase the book directly from Earl “Dusty” Trimmer.

“Dusty” Trimmer says the intention behind writing these books which contain interesting details and anecdotes is to keep the memories of the Vietnam War fresh in the minds of today’s generation. 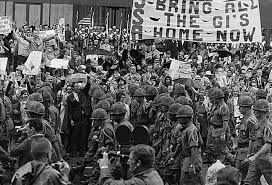 The Vietnam War generation faded due to dozens of untimely deaths. Dusty Trimmer wants America to be sure, “We’re not dead yet.” The fourth book in “Dusty,” the last in this series, belongs in the homes of every Vietnam War veteran, family member, or loved one.

Unbreakable Hearts II provides something long overdue, and it’s an everlasting legacy. It is well deserved and well deserved by these great American heroes. The heroism of these incredible heroes has been captured exceptionally well in this well-researched 706-page book. The book is a heartwarming and very passionate account or, conversely, an account of what really happened during the war and which continues to happen to survivors on both sides who fought in it.

According to Earl “Dusty” Trimmer, author of UNBREAKABLE HEARTS II, the book will take readers’ breath away from the first pages. It’s engrossing and absolutely engrossing, from the first chapter featuring a female Viet Cong heroine called “Apache” to the final chapter featuring American soldiers and Marines. They risked their lives trying to save babies, not kill them.

“Dusty” pointed out that America’s fake media and leftist historians have tried to portray American veterans as Vietnam War villains. The book is now available at most major booksellers. Autographed copies can also be ordered directly from the author. The book is also available in three forms – Kindle, Hardcover, Paperback through Amazon, Barnes & Noble, Engram and other major booksellers.

About the “Dusty” Earl Trimmer:

Earl “Dusty” Trimmer served in a highly decorated unit of the US Army’s 25th Infantry Division in the bloody years of 1968-69. He started writing his books to share the horror-filled experiences of his fellow warriors in his first book, “Condemned Property?” launched in December 2013. Many Vietnamese veterans urged him to continue writing. Despite two ischemic strokes and a cerebrovascular stroke, leaving permanent impairments, he launched “Payback Time” in 2015 and more recently “Unbreakable Hearts”. All three chastised the VA for its disgraceful treatment of American Vietnam War veterans. Most importantly, “Unbreakable Hearts” leaves a much-needed and well-deserved legacy… A LEGACY THAT VIETNAM VETERINARIANS AND FAMILY MEMBERS CAN BE PROUD OF AS LONG THEY LIVE.